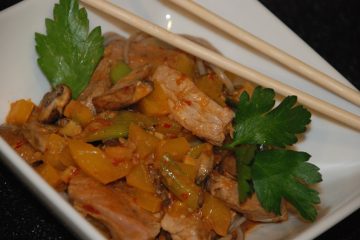 Pork tenderloin, the other white meat, can be as bland as the first, official white meat, chicken. But like chicken or especially tofu, it absorbs spices like it’s begging for them. Szechuan cuisine (aka Sichuan or Szechwan) is a type of spicy cooking developed in southwestern China. Unlike ... Read More » 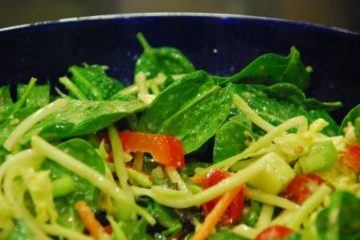 Sure, bottled salad dressings are quicker and more convenient. But homemade salad dressing tastes SO much better and fresher. This one takes 5 minutes to assemble, uses heart healthy condiments most people have on hand, and isn’t full of the scary preservatives found lurking in most bottles. ... Read More » 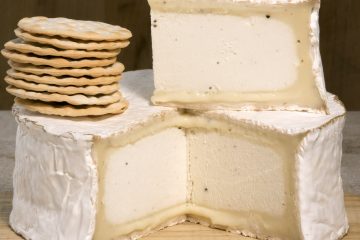 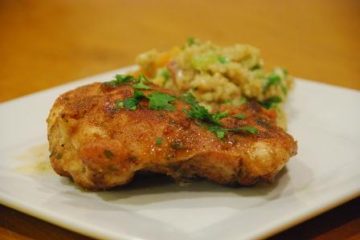 Dark meat chicken gets a bad rap. Sure, it’s a tiny bit higher in calories but chicken thighs and drumsticks boast more flavor and juicy, savory goodness. Plus, they’re not going to set me back as many shekels. In this jerk chicken recipe, the Caribbean seasoning rub includes the earthier ... Read More » 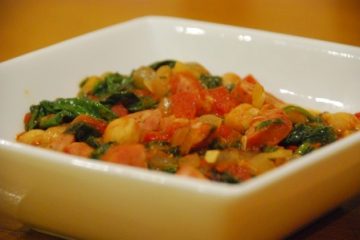 What I did on my Christmas vacation: The Tampa best food and wine edition

Since moving to California almost two years ago, I’ve craved quite a few tasty morsels hidden in the folds of Tampa’s food underbelly. On a recent trip back east, I undertook the momentous effort of packing all these culinary cravings into one very short gorg-cation. The result was not ... Read More » 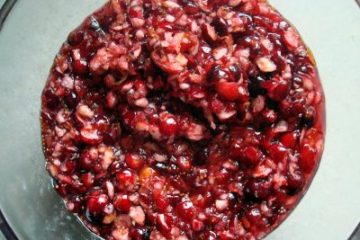 Thanksgiving cranberry: A chutney alternative to the dreaded canned sauce

Growing up, our poor excuse for a Thanksgiving cranberry side was opening up a chilled can of cranberry sauce. I was never a fan… tasted like (and I imagine it still does) aluminum flavored, jellied cough syrup. It was one of the items I pushed around the plate until no one could notice I didn’t ... Read More » 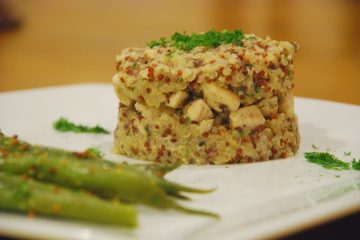 Huzzah… this is a tasty good quinoa recipe! I’ve been exploring this fashionable “superfood” in the past few months… buying it by the mega bag at Costco and seeing how I can stretch its recipe legs. A versatile, high-protein grain, quinoa can play cold salad, warm side ... Read More » 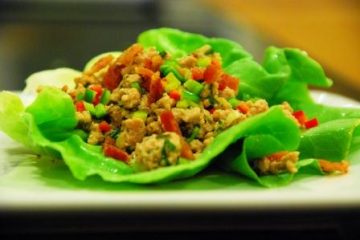 Ground turkey is one of those ingredients that sounds ssoooo healthy yet tastes pretty much like nothing. Not even sawdust. The meat is so lean, it doesn’t really stay together by itself in a burger, requiring other ingredients to keep it from falling apart like a sandcastle. So I tend to use ... Read More » 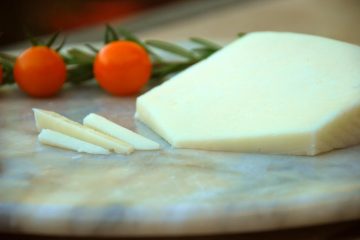 Once upon a time, there was a young cheese from LaMancha, Spain. Soft, creamy and salty, it cowered under the shadow of his older brother, aged Manchego. At only three months, his mild manner made him feel not as manly as his stronger, firmer Manchego brother. People began calling him Boychego behind ... Read More » 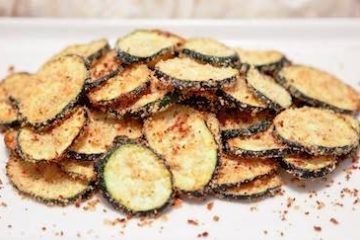 With my summer garden beginning its overwhelming crop of zucchini, getting creative with this squash has become a necessity. This once-innocent plant –which started its determined life by sprouting from my compost pile — has decided to take over a large section of the yard. So I’m ... Read More » 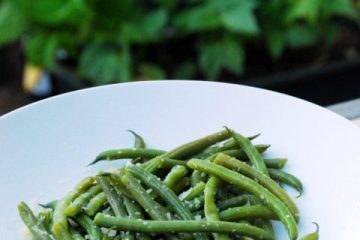 It’s summer and ’tis the season to stuff your face with beautifully firm, fresh green beans. They’re everywhere right now and super cheap. My garden overflowth with Blue Lake bush green beans each warm season (they lavishly grow like weeds in both Florida and California) so I’ve ... Read More »