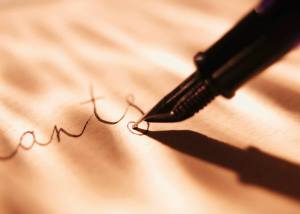 I’ve been kinda broke lately, and since the government is willy nilly with my tax money, who knows what’s going to happen with my bank account? I wondered if you might be able to produce some tasty wine I can afford? Most in my price range ($10 and under) are mega fruit bombs with no depth, or whites that wrestle in a tub of Jell-O vanilla pudding. What’s a thirsty girl to do?

It’s not like I can stop drinking, since soberness would reveal everything that’s happening in the world. I need numbing. But cheap numbing, like the kind provided in those loathsome commercials on late night TV.

In Europe, wine is so plentiful they sell it at the corner market from huge vats. You show up with your empty liter milk jug, fill it with Red du Jour, and pay around $3. Show me where we can do that here? I would think the American public, especially after all the recessionary turmoil, deserves a change, as well as a cheap drink. Maybe free wine should be a part of the economic stimulus package? Imagine all those healthy doses of resveratrol flowing down our gullet? Hell, that might even reduce the universal health care bill. Or maybe we’d be so mushily happy we wouldn’t care about the Iraq/Afghan war. I call that maverick-y.

My friend, red wine should be fruity enough to taste the cherry, raspberry or blueberry, tannic and acidic enough to pair well with food, and low-alcohol enough not to bowl you over with a harsh, medicinal waft up the nose. It should flow down the throat without burning a hole in your esophagus. Post-swallow, tasting a faint tang of chemicals isn’t pleasant, and you really shouldn’t be using powdered death on your plants, anyway. In upcoming generations, you don’t want hazmat suits to be all the rage, right? Pesticides, herbicides and fungicides suck the life out of dirt so grapevines have to mainline the fake nutrients you feed them. I don’t recall that lesson in my 11th-grade botany class. Call me a bleeding-heart environmentalist, but hey, green is hip.

Whites should be so fragrant I forget about my dwindling 401K. Fresh flowers, ripe peaches, newly mown grass and tart citrus… and ping! I’m lost in a wonderland. Oak can overpower a white wine, muddling the true fruit of the matter. If you pick a ripe grape off the vine, it doesn’t taste like vanilla, right? Nor should the resulting wine. Sure, infusing can improve a crappy beverage, but do you really want to be associated with something barely resembling its original version? Smells like inauthenticity to me. And we’ve had enough of that aroma floating from the political realms.

You should abandon the acres of pinot noir sweating in super-hot or the Chardonnay baking in Lodi. I know many budding capitalists dream of owning a vineyard to generate cash, but maybe, like a former certain vice presidential candidate, that career isn’t for everyone. Some pathetic winery always ends up buying these crappy grapes and slipping them into a $12 bottle of crappy wine.

Does it seem right that the rich get all the good wine? I don’t want to sound like a socialist, but maybe you can spread those good grapes around? Much obliged for your attention.