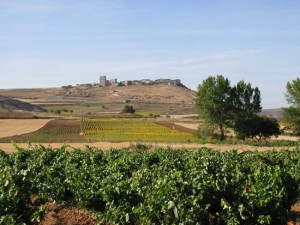 Spain, the oft-ridiculed kid in the wine schoolyard, is experiencing a Cinderella moment. For centuries, embarrassingly outdated winemaking processes and crappy quality reflected its lackadaisical attention to detail — with the strong exception of cash-cow areas Rioja and Ribera del Duero — and thus made “quality Spanish wine” an oxymoron. But about 10 years ago, after watching the boom in worldwide consumption pass them by, impoverished Spanish grape-growers realized what worldwide consumers want — better value and better wines. So they dove into improved vineyard management, gave heed to winemaking technology and hired experts from around the globe. This kid has grown some brains and muscles.

There are over 50 wine regions in Spain, where bottles were traditionally labeled by region rather than grape variety as in France. This plan didn’t proffer pain-free purchases for consumers, so many areas began identifying their wines by varietal. And, in a nod to the New World, growers began planting non-native grapes. Thankfully, the Spanish government, possibly realizing the economic growth possibilities, didn’t intervene. Forward-thinking Spanish wine regions like Jumilla, Yecla, La Mancha and Rías Baixas now produce fantastically affordable, approachable and delicious wines made to please an international palate.

In sunny, crispy-dry southern Spain, the Jumilla region (WHO-meeya) and neighbor Yecla have slowly been making names for themselves. Monastrell, a traditional blending grape originally from Southern France (where it’s called Mourvedre), took root here in the late ’80s, after the vine-eating louse phylloxera plagued the region’s existing vines. Bodegas (Spanish for wineries/vineyards) in Jumilla and Yecla have made this once-lowly grape their signature, building their reputation for inexpensive wines that taste more like fruit and less like dirt, a long-established (and frequently loved) characteristic of Spanish wines.

In central Spain lies La Mancha, famed in the U.S. not for its wines but for a Broadway musical. Purportedly the largest wine region in the world, this arid and hot area is packed with verdant vineyards producing everything from tart verdejo grapes to some mighty fine tempranillo — the grape used in Rioja.

Over on Spain’s northwestern coast, there’s a small, green, lush oasis called Rías Baixas [REE-ahs by-EE-shash], where the grapes wallow in over 50 inches of rain a year. In order to avoid spoilage, the fruit hangs far above the wet ground, and grape-tenders use granite support posts, rather than rot-prone wood, to support the vine canopies. Albariño [al-bah-REEN-nyo], the finicky, aromatic, dominant white grape of the region, perfectly complements the area’s primary cuisine, seafood. Albariño wines, similar in style to New Zealand sauvignon blancs, smell and taste like a fruit salad of green apples, grapefruit and lime.

Spain finally has something to be more proud of than Antonio Banderas. Nice to know that in an industry steeped in obsolete traditions, they occasionally get overturned by wise people.

Paso a Paso 2007 Verdejo La Mancha Tart like sucking on a lime but with slight Sweetness of kiwi and honeydew melon. Great price.  $9. 4 stars

Paso a Paso 2007 Tinto La Mancha Juicy smell with roasted cherry, woods like eucalyptus and cedar, and sweet vanilla on the tongue. Made from the tempranillo grape. Excellent acidity and relatively low alcohol, this is fantastic food wine.  $9. 4 stars